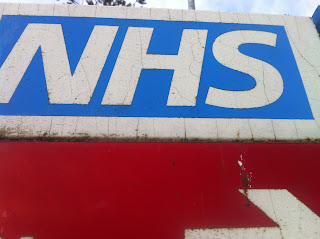 Yesterday I took my elderly mother for a hospital appointment. All went smoothly but the day started to fall apart on the way home. Despite my mother suffering from quite severe Alzheimers she was able to describe in graphic detail the personal nature of the invasive examination she had undergone. My appetite for the lunch I had promised to treat her to began to disappear. However, not wishing to disappoint her, we went to her favourite café.

This local café – I will not reveal any more about it – is the epicentre of village life for the elderly (and pretty much most of the village’s population is very elderly). It’s where they eat, reminisce, whinge, and drink tea. The cafe owner is doing very well!

However, the essence of my story takes place around a table in the café, where six of us were having lunch – including my mother and myself. I did not know the other four but they were obviously elderly mother and daughter, and elderly father and son.

For no reason at all my mother launched into a story about how she used to stand me on a chair in the kitchen when I was a little boy and had been naughty. She delighted in giving the story punch-line (which I’d heard a million times before): “and when David asked if he could get down, I smacked his legs!” She then laughed at her own story, as she always did!

As if on cue, the elderly lady leaned forward to her daughter and said, quite loudly, “I had another very bad ‘accident’ this morning dear”.

Seemingly not to be outdone, the elderly gentleman leaned across to his son and said, just as loudly, “HOW many affairs did you say that your wife had had?”

The surreal nature of the exchanges left the younger three of us gobsmacked.