Amusing Aspergers - being an Aspie parent


The delights of being a parent of someone with Aspergers Syndrome – an “Aspie” - are poorly documented. Difficult to believe I know – but let me try and outline some of them for you.


I have argued with my son, Richard, who has Asperger’s Syndrome, since he first learned to speak and my debating skills are now honed to the level of a divorce barrister. Nobody betters me, I don’t give up - and it can all be attributed to Richard’s verbal persistence. 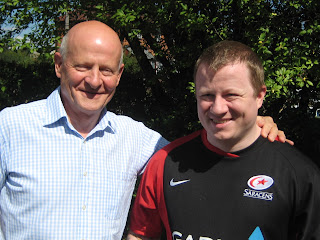 He can – and does! – argue till the cows come home, in fact, until they’re well inside the cowshed. He is unencumbered by distractions like, well, logic for instance and, as I am sure many readers could verify, is totally immune to emotional blackmail. A tearful response merely elicits the quiet question, ‘Why are you upset?’

So, I can now argue well! I am also the most patient person you can imagine – at least those of you without experience in these matters can imagine. The prophet Job could learn one or two things from me I can tell you.

Richard has a very strong sense of self-preservation: let me illustrate with one of those anecdotes that constantly clog up our local Aspergers Group meetings. Last year, whilst going downstairs, I tripped on a ruckle in the carpet and tumbled ignominiously to the bottom. Richard heard the clatter whilst lying, thinking, on his bed. He shouted, ‘What happened Dad,’ and I told him I had tripped over the carpet on a stair. And here’s the crunch that Aspie parents will all understand: guess what he said next? No, not, ‘Are you alright?’ He said, ‘Which one?’ Told you - self-preservation – he wanted to know for when he next used the stairs!

I have become a conservative, with a small ‘c’. I resist change – partly because of the arguments (there’s only the two of us in the house), but, hey, we’ve been there. When I change my furniture - IF, I ever change it! - I will have to change the carpet as well because of the indentations the previous furniture will have left because I have never dared move it around. We all know that change is anathema to Aspies.

Now! All my points would be reversed by Richard. He would say that my arguments amount to nothing and only serve to delay my final sentence of, ‘Ohhh, all right then’. And of course HE is the one blessed with patience. He would allege intransigence on my part with regard to our arguments and it doesn't help matters that we seem to have different definitions of what constitutes a '"fact". Some might venture to say that we are like a typical married couple!

However, unlike a married couple, we never argue about football. On some Saturdays we have wall-to-wall football during which Richard can tell me who scored their last goal, when, and against whom. And from years ago! John Motson should have a Richard - a sort of Wisden’s Almanack of football - beside him when he commentates.

There are many advantages to being the parent of an Aspie - there's always someone at home to take delivery of Amazon or eBay purchases for example. But also, being the parent of an Aspie, I always know where Richard is, when he is due home and what he is doing - even if he has not told me! That doesn't mean I have become a mindreader, it's just that...well...you understand, don't you?

For the sake of balance and fairness I need to give you Richard’s view of this article: ‘I’ll read it later Dad’. 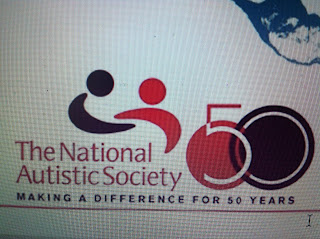 The NAS - a great British Institution, 50 years old this year