Apple Apps: build your own - it's not difficult!


Building an Apple App used to cost a fortune – usually via an Elance contractor in India, the Ukraine or China. I did one this way, called iSmashit, and I haven’t got my investment back yet! 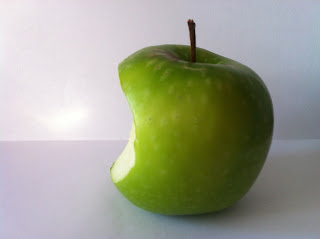 Then I had a crack at doing it myself: I already had an AppStore account (courtesy of iSmashit ) and so I got an Apple Developer Licence and downloaded Xcode onto to my Apple (you need Lion OS for it by the way). I made pretty good progress, largely due to the excellent courses at Lynda.com. But I still ain’t no Angry Birds builder!

Bloggers with vastly more experience than me, such as JohnChow (in my view, simply the best), have recently recommended app building programmes such as bloapp, which create customised apps for bloggers.

But now we can go the whole nine yards and build fully-fledged Apple Apps for ourselves, thereby adding to Apple’s existing half million live apps! You could use Conduit - basic but effective. You can do the same thing with Magmito for as little as $50 a year. Both offer support.

But AppMakr  go one stage further and offer a free ad-supported service.

The moral of the story is: don’t shell out a fortune for a new Apple App, look around and do it yourself!

The Estate of my great uncle, James Osenton the gold miner: the story continues...

Arawatabaru, Barima River, Guyana It seems the entire estate of my great uncle, James Osenton, gold miner extraordinaire , comprised a single share certificate. After Treasury Solicitors' costs the final amount from the government office is...wait for it...a couple of thousand pounds! To be divided among his descendants. Me and my cousins have decided to put the money towards some kind of memorial to James Osenton - he deserved that at least! Just to take the story further: the dear old BBC, in the form of their Heir Hunters programme , have said that they would like to interview me, which I'm more that happy to do - I might then find out more about James Osenton. In fact I will do more than that: I intend to go out to Guyana, go up the Barima River and try and find out a bit more about my great uncle's gold mine. First hand! Settlements on the Barima River, Guyana A gold nugget, found in the Barima River
Read more