Showing posts from September, 2012
Show All

September 23, 2012
…another stock I have in my portfolio – this one already performing well – is Thrombogenics, a biopharmaceutical company focused on developing and commercialising innovative ophthalmic medicines (that’s the spiel), and based in Belgium. Earlier this year Thrombogenics announced that theirMicroplasmin Meets Primary Endpoint in Phase III Trial for the Non-SurgicalTreatment of Symptomatic Vitreomacular Adhesion (VMA) . In other words market their Microplasmin product has received the green light - and that’s why I am backing them. The shares are listed on the Eurolist by Euronext Brussels under the symbol THR and are currently trading (21 Sept 2012) at €30.11, which is 35% up on when I bought them almost a year ago. They’re worth backing in my view. Please note: The views and opinions in this post are my own and should not constitute advice to purchase the stocks quoted.
Post a Comment
Read more 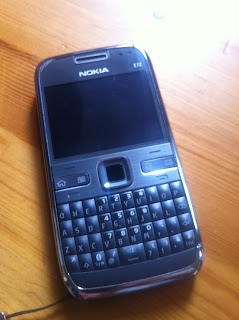 On the 17 January this year (2012) I tipped the shares of Cable & Wireless Worldwide (CWW), when they were around 16 pence.  A few days later they jumped nearly 50%. I have to say that I didn’t believe they would go up quite that fast but they kept going up and up until …the company was bought by Vodafone at 38p per share! It gave me the kind of profit I like – a three digit percentage point gain. Another share I have in my portfolio is Nokia. ‘But nobody buys a Nokia anymore’, I hear you say  - and their stock dropped faster, further, than even that of CWW over the last few years.  But let me outline why I think Nokia shares are a good bet for capital growth: Their new ex-Microsoft Chairman and CEO, Stephen Elop, told it like it is (or was!) with his “Burning Platform” company internal memo – an announcement, much cited  and  referenced as a guide for other business and political leaders such as Cisco’s John Chambers. A solid basis for a good
1 comment
Read more
More posts