Now you have your delicious pomegranate seeds (see my post on 5th May) you’ll need something to go with them – something to complement them – and from here on in it gets really easy.

Take an avocado: halve it and scour out the two halves. Chop it up and mix it with the pomegranate seeds. 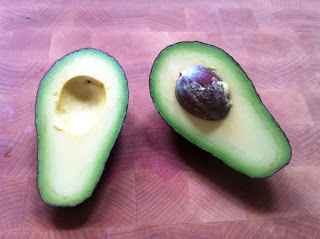 Now we’re going to give it the ultimate dressing – Kefir. What? Kefir – that’s what! One of the healthiest pro-biotic, enzyme-rich foods you can get. Kefir will balance your ‘inner ecosystem’ is more nutritious than yogurt and is packed with protein, minerals and B vitamins. 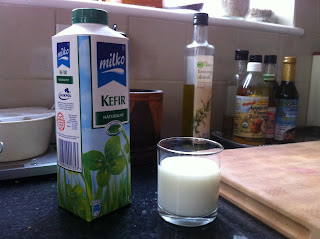 You can cultivate your own Kefir, but it’s now pretty widely available – especially from Polish shops. 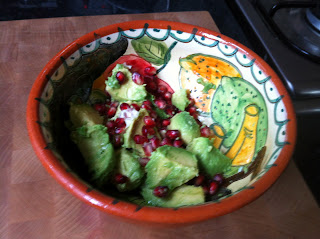 Anyway, just pour it on – and there you are. You look after your stomach, your prostate (that comment only applies to half my readers!) your overall health and are raring to face the day.

THE LUND STUDIO
I’ve just completed four sessions over the last week in Lund, Sweden. Of course most of that one kilogram went straight back on each time, rehydrating myself. BUT I have lost well over a kilogram over the four sessions.
I quite like performing yoga and some of what we were taken through by Nikki and Maria I have done before – but never in this heat! The benefits are the same as with conventional yoga – but much enhanced, in my view. And stepping outside the studio, after a shower, into the crisp Swedish air is really invigorating.
MEN'S SHOWERS Hot yoga seems to have taken off in Sweden (I went to Nikki Boklund’s studio in Lund: www.karmicmonkis.se and http://karmicmonkisonehotspot.blogspot.se/2012/03/first-sunday-as-hottest-spot-in-town.html ) and there are plans to open several in the UK.
One more thing: th…
Read more

Looking for more information about my great uncle - James Osenton