My uncle’s Gold Mine and the Milwaukee Journal (1933). A real live Heir Hunter. Part Two


In April last year I talked of being contacted by an Heir Hunter
Well, things have moved on from then. We (my cousin and I) have discovered that the guy who passed away was our great uncle – the brother of our maternal great-grandfather – who died intestate and childless. Also the wives of the two brothers were sisters.
It saddens me deeply that my great uncle passed away, alone, twenty-three years ago and that no-one was with him. No one in the family even knew of his existence
Of course we dispensed with the services of the Heir Hunter after we found out these details and we ourselves began to find out more about our great uncle. And what a story unfolded – and is still unfolding! James Osenton, which is who he was, was an adventurer extraordinaire!
He is on the passenger lists of ships en-route from Africa and New Zealand in the 1920s and my cousin hit the jackpot and found him mentioned in the Milwaukee Journal of June 18th 1933 under the headline, ‘Starves in the Jungle to Guard Gold Mine’! 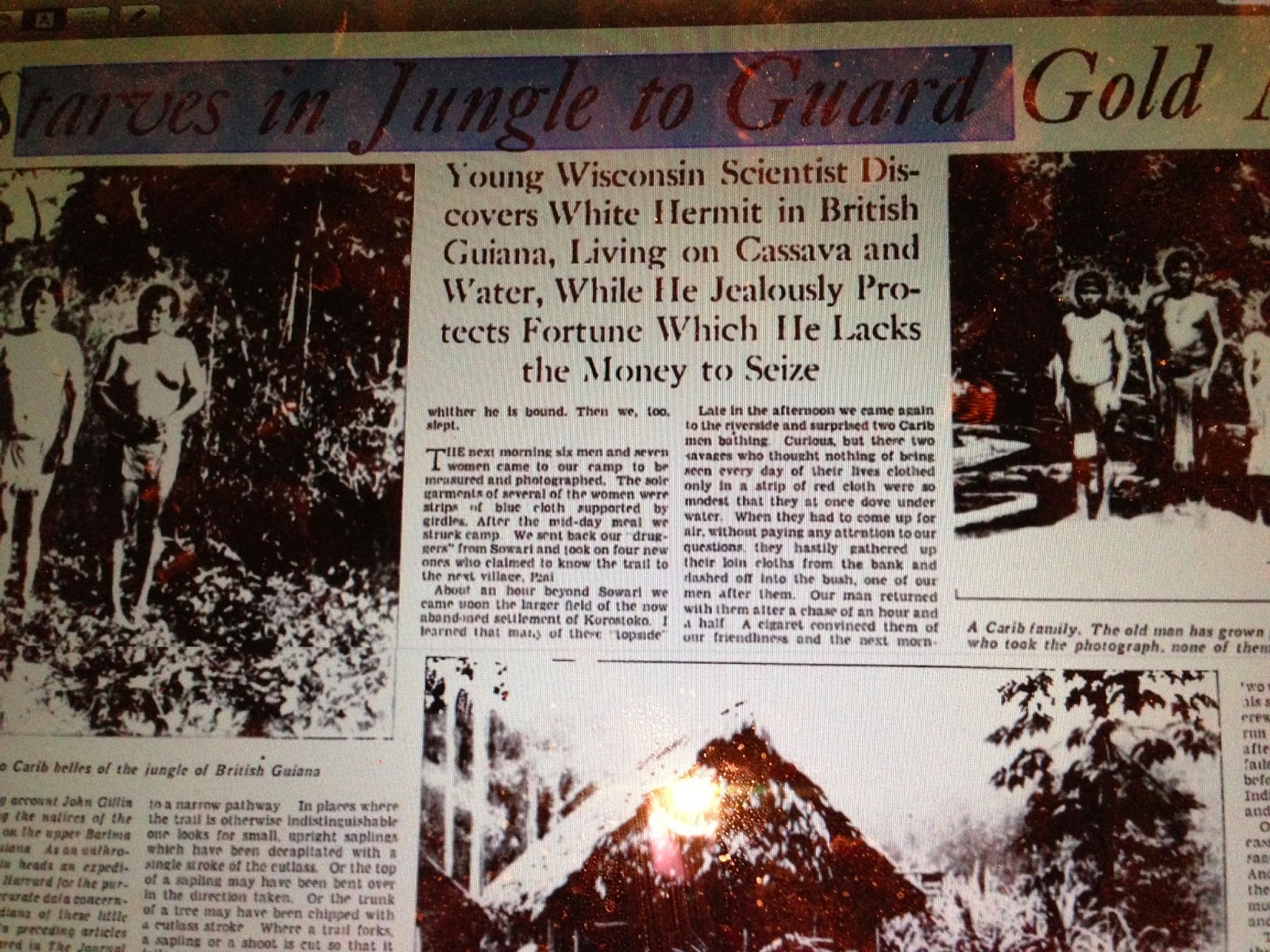 From the Milwaukee Journal
The sub-headline gets even better: ‘Young Wisconson Scientist Discovers White Hermit in British Guiana, Living on Cassava and Water, While He Jealously Protects Fortune Which He Lack the Money to Seize’. This “White Hermit” was my uncle – James Osenton - and he was protecting his goldmine!
This all might be a bit Livingstone/Stanley-esque but I’ll keep you posted - and I'll also keep you posted on how much the estate might be worth!
Gold Heir Hunter James Osenton Milwaukee Journal. Probate Wills