An Englishman’s Feuilleton – or, what does the Swedish ‘For helvete’ mean in English? 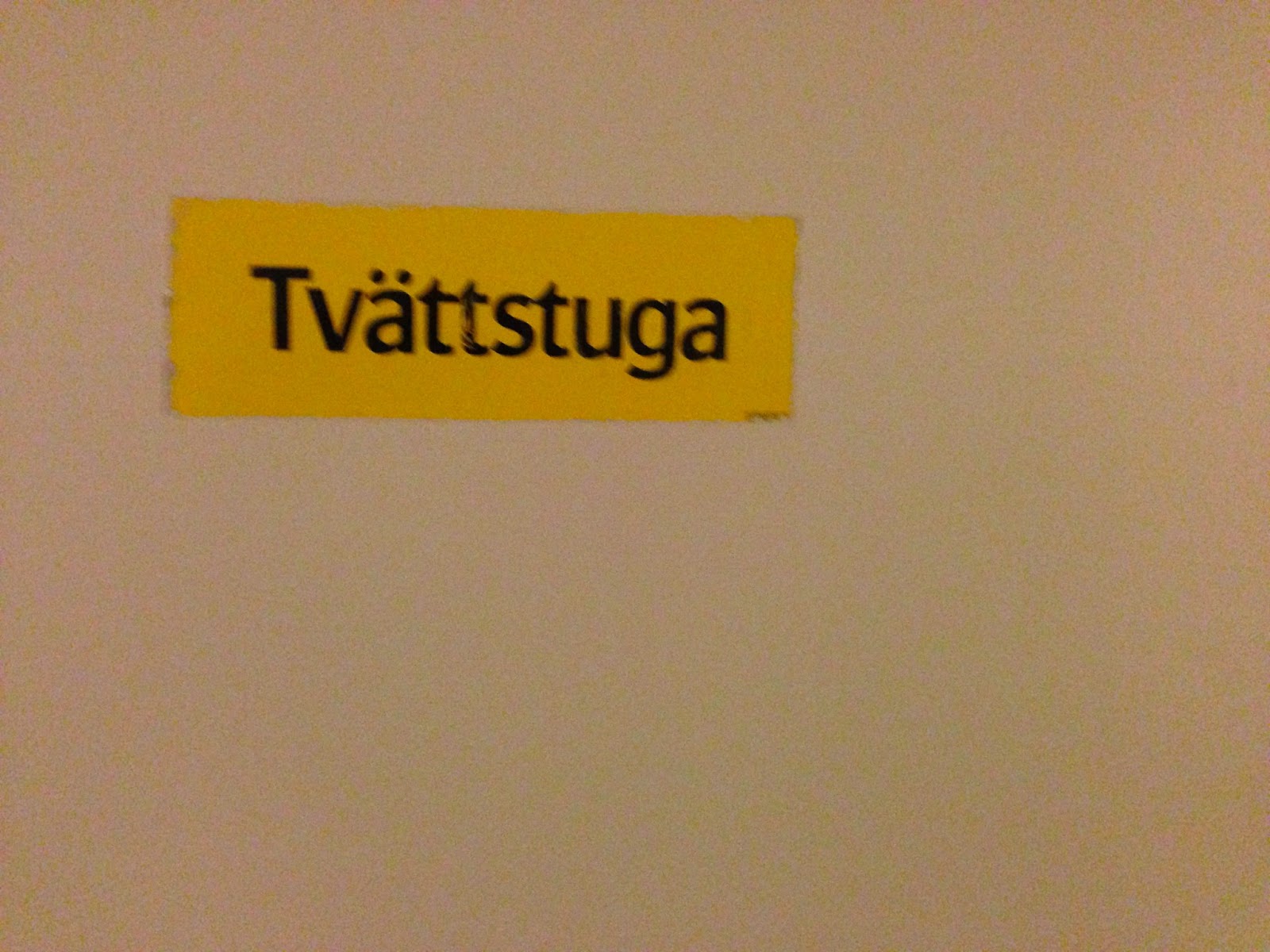 All my pre-formed impressions of Swedes being peaceful and friendly were fully vindicated. It’s no wonder, I had thought to myself, that this polite, peace-loving nation has not been to war for several hundred years - and even managed to stay out of the last world conflagration. I have met nothing but mild and exceptionally well-mannered people.

The estate surrounding my partner’s flat is well maintained - very well maintained and very tidy in fact - and the neighbours go out of their way to help and greet me. Some very kindly greet me in English. It is a heartwarming and idyllic world. The Swedes have so much to teach the rest of the world - especially we errant English!

One of the kindest neighbours was a distinguished looking grey-haired gentleman - one of the most courteous people I have ever met.

Then one day, whilst my partner was out, I went down to the communal laundry room and put four day’s washing into a vacant washing machine machine. Well, it was vacant after I transferred its clean wet clothes into a slightly grubby plastic wash basket. I also took advantage of an empty drier and filled it with four bed sheets from our drying line outside, as it was beginning to rain.

I was feeling pleased with myself and felt that several brownie points were in the offing and offered a warm greeting to the distinguished grey-haired neighbour who appeared in the laundry room. He did not return my greeting, and so I looked up at him. The kindly rheumy eyes were now two pieces of steely flint. His lips tightened and he said, requiring some effort at self control, ‘What’, and then, struggling to get out the rest of his sentence, ‘What,’ he repeated, ‘ do you think you are doing?’ His moustache quivered.

‘My laundry,’ I said, feeling that the explanation was somewhat superfluous. 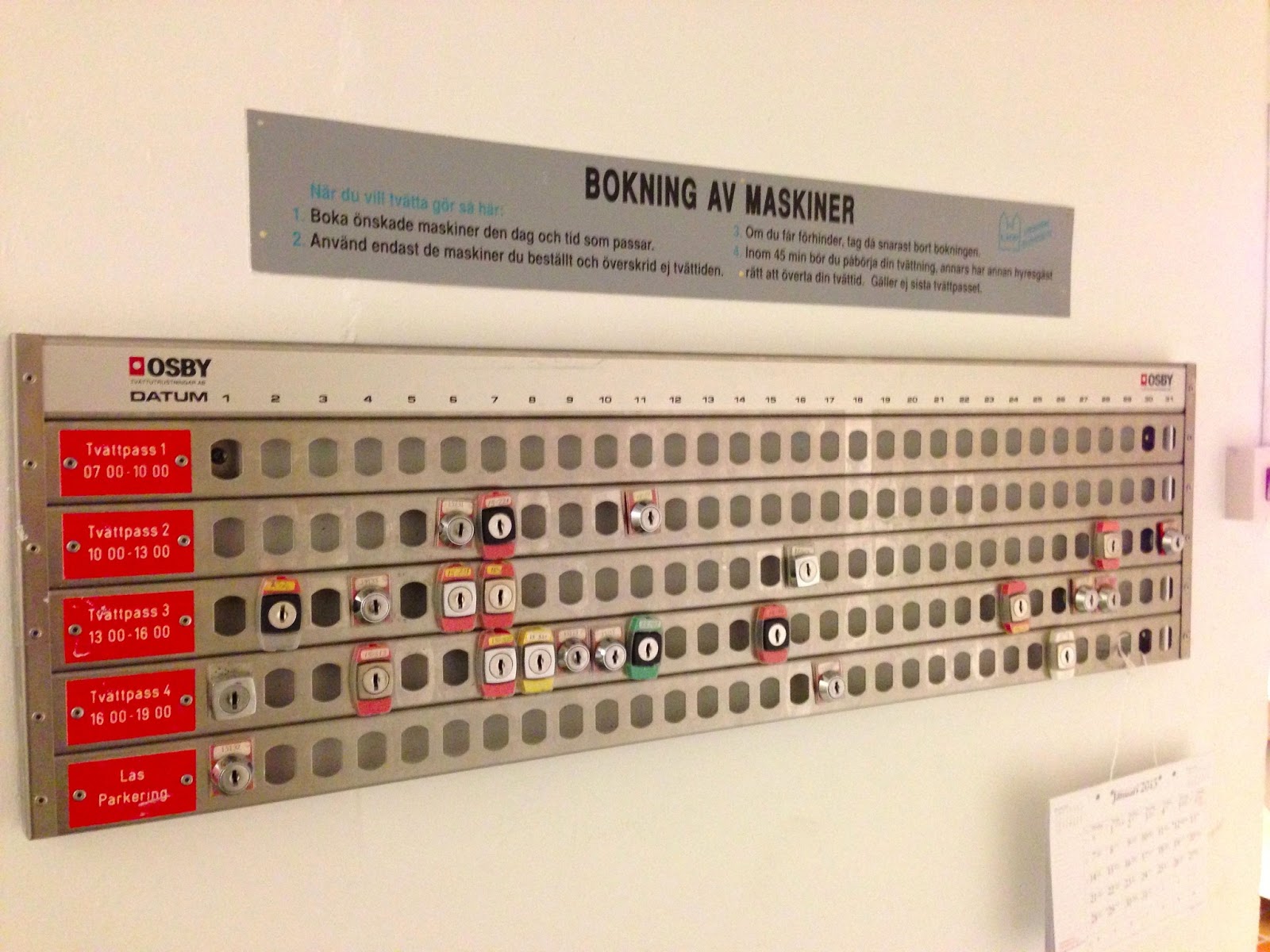 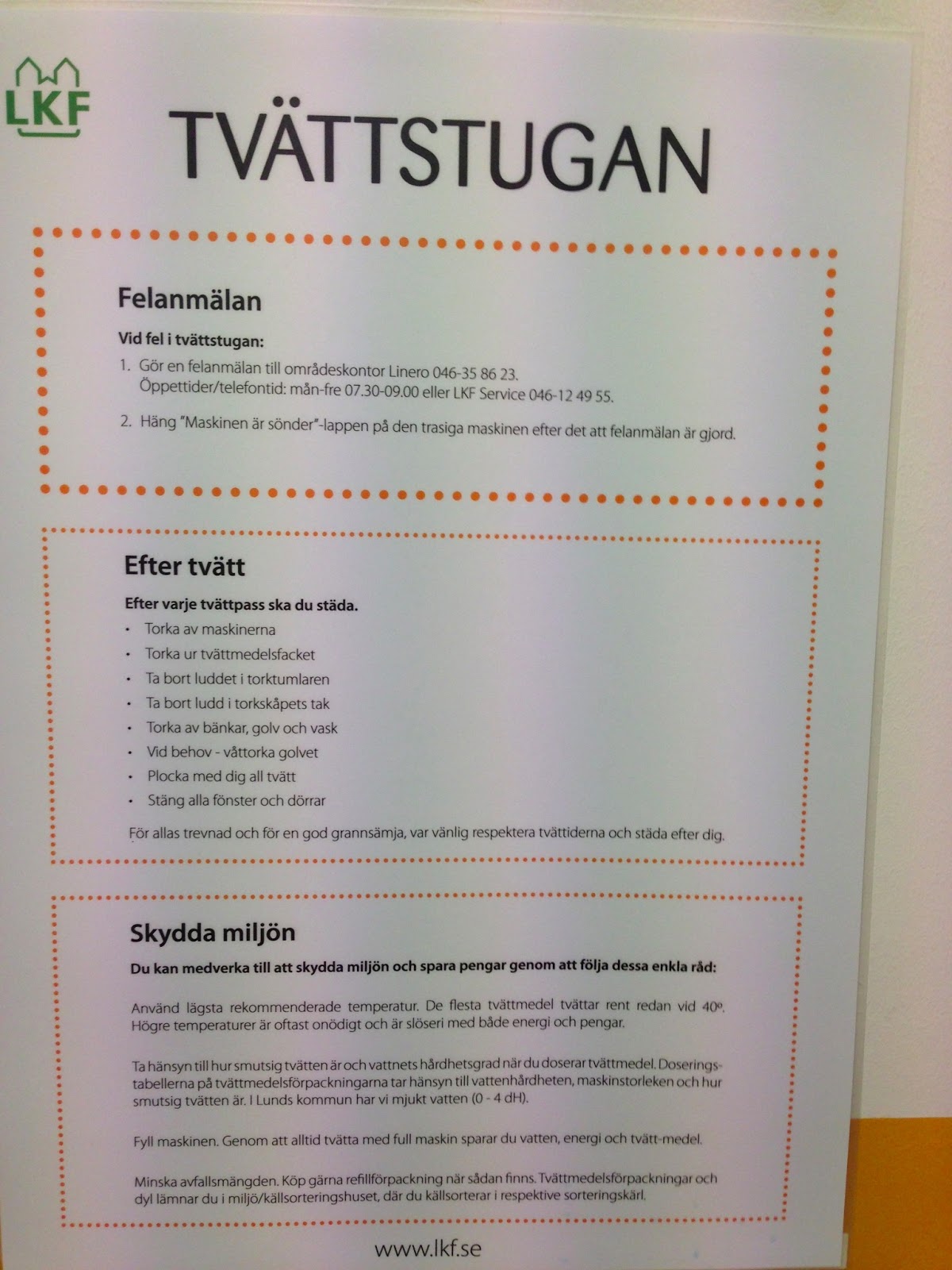 ‘Have I done something wrong?’ I enquired innocently.

The, by now, very red face replied: ‘For helvete’. My Swedish is not good  - and believe me, that is not English understatement! - but I had a fairly good idea of what he meant and I thought he might mean that I should go to some place very hot, and that any time soon would be good!

‘Look,’ I said, beginning an attempt at defusing the situation, ‘if I have done something wrong I am sorry. I cannot read these notices because they are in Swedish.’

At that point another very reasonable neighbour entered the laundry room. She greeted me warmly but before I could reply, Grey-Hair said something to her and then she too did a very good impression of a Jekyll and Hyde transformation.

My two previously friendly neighbours stood shoulder to shoulder and openly discussed me, without taking their eyes off me. They did not smile. My skimpy Swedish was sufficient to tell me that they seemed to have ideas about how they might use the spare washing line lying in the corner and that it might be connected with my ability to father a family.

I began to feel a little nervous and wonder perhaps whether several hundred years of pent up energy was about to be expended on this evil Englishman, who had openly violated the laws governing the hallowed sanctity  of the laundry room.

At that point the laundry door opened again, but to my considerable relief it was my partner. Aaaah, I thought, she will now explain, be sympathetic, and get me out of this mess. No such luck! She bundled me quickly out of the room and as she went back in I heard her conversation start with, ‘Jag beklagal.’

Sorry for what? I thought to myself but then decided that discretion was the better part of valour and went back to our flat.

So, anyway, I can go with the flow - and after all we English are experts at queueing. Just woe betide anyone who takes my laundry spot in future! 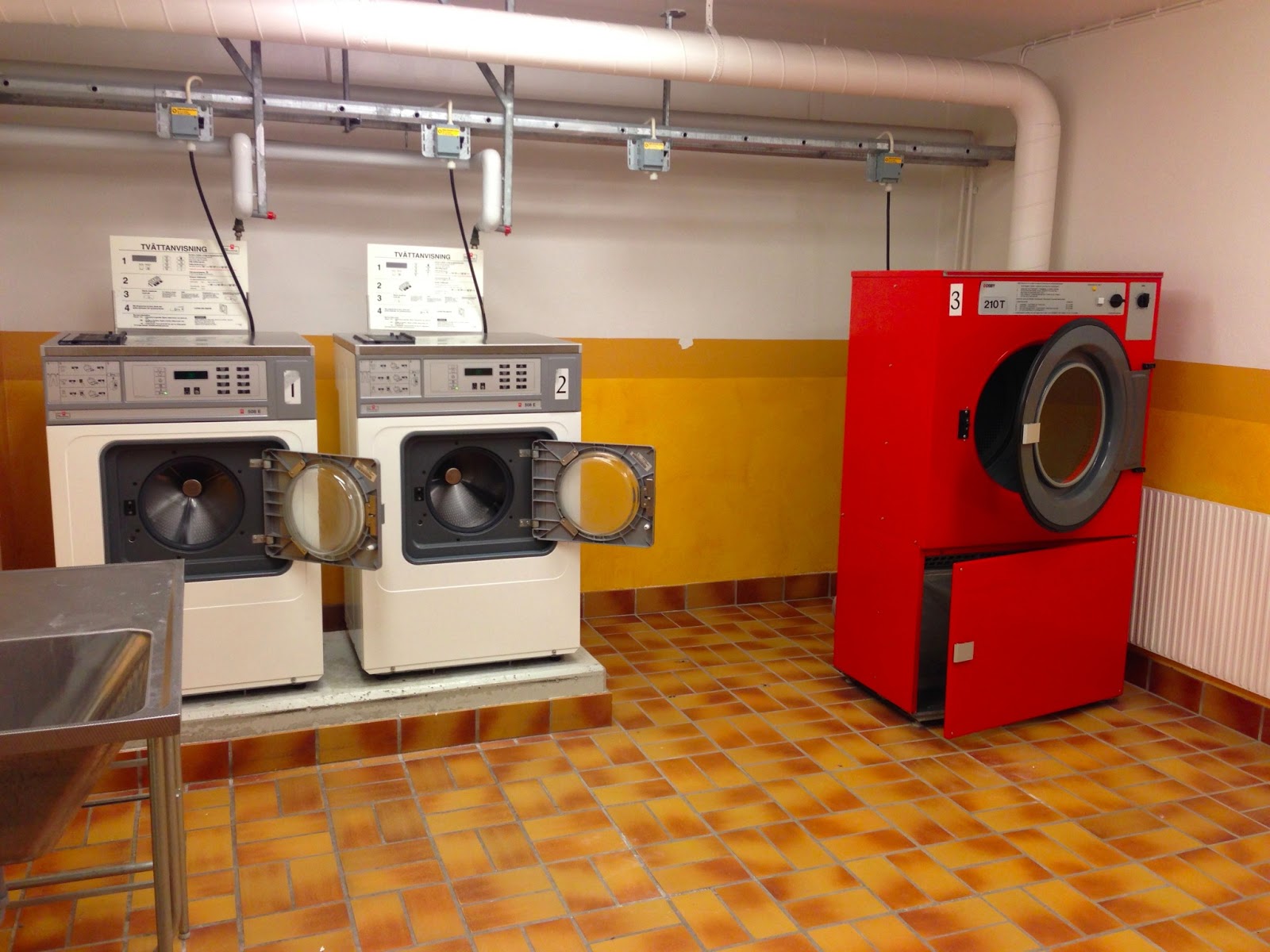 Where it all happened!