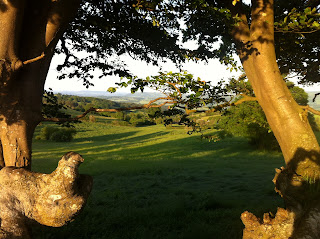 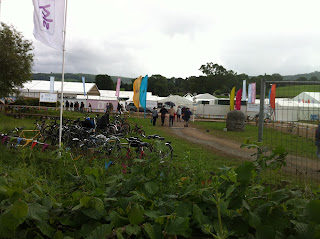 We did the Hay-on-Wye Book Festival again this year, over the bank holidays. It wasn’t as good as previous years – but not just because of the appalling weather. Here’s why.

The fare was not as good as previous years – and more expensive. We travelled the five miles back to our superb B&B (The Roast Ox) - recommended by us and Trip Advisor  to eat, when the schedule allowed. First class scoff - and very reasonably priced. To get to the Roast Ox, take the bridge road out of Hay and head for Painscastle. The inn itself has an indoor well – but they’re not allowed to use it because there is a graveyard right next door. Think about it. 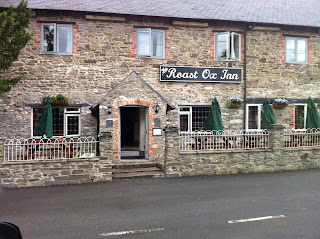 Apart from the Festival’s own excellent coffee kiosk there was ample demonstration that the British still believe that ‘Fair Trade’ equals good coffee. It does not necessarily follow! Good, well-made coffee comes first and if it is Fair Trade, so much the better.

We saw Ola Onabule heading up a Soul band in broad daylight in front of tables with white tablecloths! Hardly his scene – but he made the best of it.

Jo Caulfield was good. Stephen Fry always impresses – justifiably  talking up ‘An Unquiet Mind’ by Professor Kay Redfield Jamison. A. C. Grayling made me think – his talk said it would! I could see why Mario Vargas Llosa won a Nobel prize – a wise and erudite man.

But the star of the show, for me, was Andrew Miller – in fact I’d have gone just to see him. If you haven’t read his books – “Pure” or “Ingenious Pain” for example, you should. 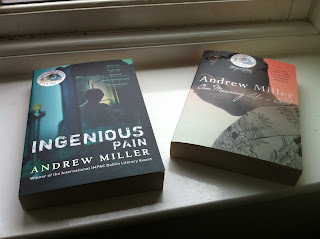 Andrew Miller's books
No review can do them justice. They take you right inside their period, with exquisite plots. His secret? ‘I concentrate on the physical’. Absolutely true: one 18th century character sits and talks on the piss pot for over an hour! 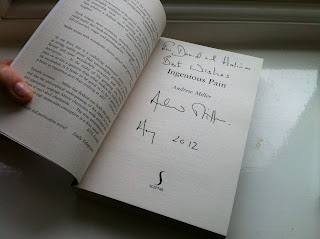 But the rain, the rain….

Two overall impressions though: as my partner said, ‘We’re getting too young for Hay’. Secondly, a random Google of ‘sunny festivals’ brought up Serbia and Croatia. Hmmm. Do we go back to Hay next year……?