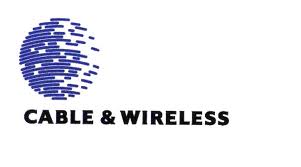 Chapter 11
In December 2003, Cable & Wireless decided to sell its money-losing US operations to a Los Angeles investment firm for an announced price of $125 million. The deal included a Chapter 11 filing for the American unit (which was a separate corporate entity from the British parent company. At the board meeting at which this decision was taken, every single board member had at least one lawyer, sitting beside them in the meeting, advising them on every word they said.

Football
Cable & Wireless introduced football to Portugal in 1876 when the staff of the local Cable & Wireless Cable Station at Carcavelos (http://www.portugaltravelguide.com/en/carcavelos.htm) showed the locals how to play the beautiful game. Brothers Edward, William and Frederick Pinto-Basto formed the backbone of a team that local Portuguese teams all aspired to beat at the local ground, Quinta Nova. 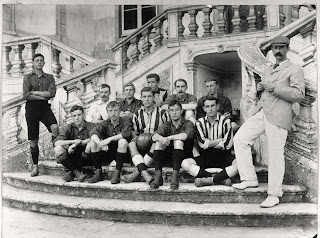 YouTube
In April 2009 Cable & Wireless was part of a consortium that signed a turnkey contract valued at several hundred million US dollars to deploy a new submarine cable network to provide the first direct connection between Southern Africa and Europe ( http://vartips.com/telecom-equipment/alcatel-lucent/alcatel-lucent-wacs-submarine-cable-network-462.html#ixzz1pmwB4bNX ). The West Africa Cable System (WACS) comprised a 14,000 km-long submarine network system to bolster Internet and other communications capabilities to and from the African continent.
Over 90% of the capacity of the then new submarine cable between Portugal and Africa was not taken by banks and financial services, as might have been expected, but pre-bought by Google to meet African demand for YouTube.

Beat that!
During a long and distinguished Cable & Wireless career one highly respected Cable & Wireless, F1 Staff manager played against Manchester United FC, The West Indies cricket team and had a contract personally reviewed and approved by Vladimir Putin. Quite a CV!